We will do our best to accommodate your busy schedule. Schedule an appointment today!

Please complete this form to request an appointment. Please note that you do not have an appointment until you receive confirmation from us. Thank you!

The team at Animal Clinic of Wagoner is comprised of highly trained and experienced animal health professionals who have a genuine love for working with pets. Our staff treats every patient with the highest quality of medical care as well as a gentle touch. 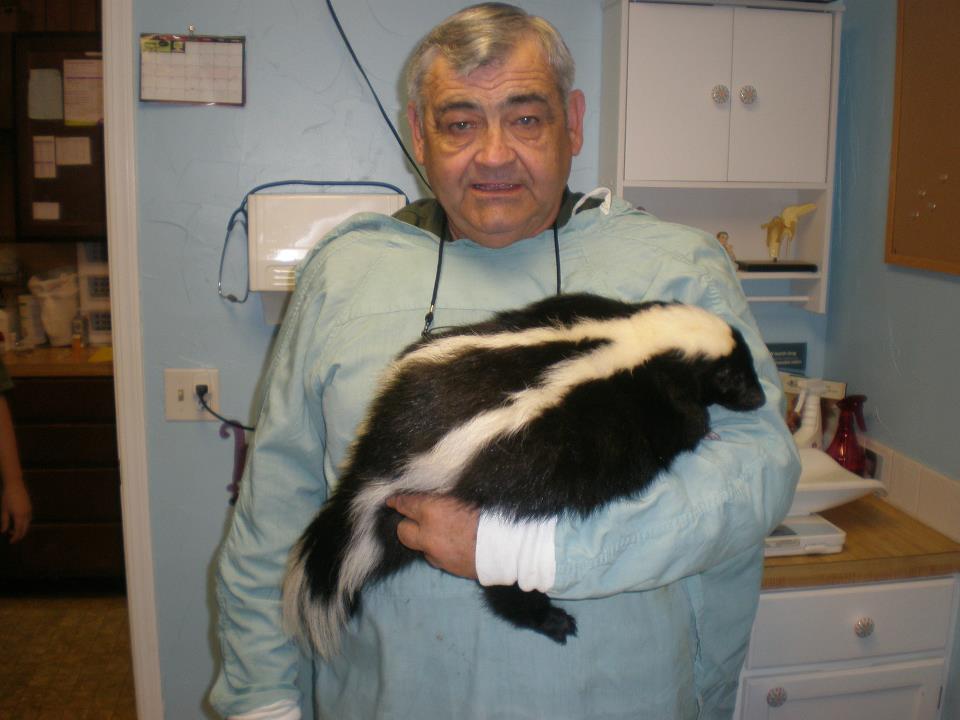 Dr. Peters took early retirement from his government job and came to Wagoner in January 2000, following the untimely death his friend and classmate, Dr. Robert Hughes, who started the Animal Clinic in 1975.

FAMILY:
Dr. Peters was born and raised in Pryor, graduating from High School there in 1968. His wife Mary’s family originates from the Strang area, near Lake Hudson.
He and Mary have been married for 46 years. They have three children; daughter Brandi is an attorney in OKC, son Aaron is Sports Director for the Razorback Nation in Fayetteville/Little Rock, Ark, and daughter Whitney is a professional vocalist. One grandson, Connor, and a granddaughter, Emmy, live in OKC. 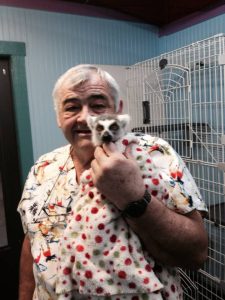 EDUCATION:
Dr. Peters received his Doctor of Veterinary Medicine Degree from Oklahoma State University in 1975, then spent 2 years with the USAF in California. He spent the next 2 years in a rural, mixed animal practice in Tahlequah, Okla.

In 1979 he entered a Residency program in Exotic & Wildlife medicine at the University of Florida, followed by a 3 year N.I.H. Post-doctoral Fellowship in Comparative Medicine, studying animal pathologies as models for human diseases. As part of this program he also earned a Masters Degree in Environmental Toxicology, conducting his thesis research evaluating the effects of environmental pollutants upon the American Alligator.

As a Resident in the College of Veterinary Medicine and a Post-Doctoral Fellow within the College of Medicine, he was involved with student training activities at Bush Gardens, the Sante Fe College Teaching Zoo, the Jacksonville Zoo, Marine-land Aquarium, Saint Augustine Alligator Farm, the Rare Feline Breeding Compound, the Everglades Research station, plus numerous private facilities. While in Florida, Dr. Peters also participated in the manatee project which necropsied all manatees found dead in the gulf and southern Atlantic waters, and was involved in the early development of confinement Alligator Farming.

PAST EXPERIENCE:
For 20 years, prior to retiring to Wagoner, Dr. Peters served as Chief of the Veterinary Medical Unit at the V. A. Medical Center in Okla. City and concurrent Chief V.M.O. for the V. A. Medical Center in Albuquerque, New Mexico. In this capacity he provided technical and professional support for investigators, managed the research facility and was responsible for all research involving animals; reviewing protocols, providing care and ensuring consistency with rules and regulations. He held adjunct faculty appointments within the University of Oklahoma’s College of Dentistry, College of Medicine and College of Health.

He has been consistently recognized in America’s Who Who in Veterinary Medicine and Science, and Who’s Who in Executives and Professionals. 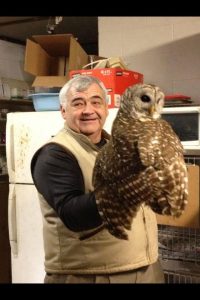 In addition to his academic activities, Dr. Peters has practiced in Arkansas, Calif., & Florida as well as Okla.., focusing on non-traditional agriculture and commercial animal enterprises such as small ruminants, exotics, ratites, deer/elk farming, etc.

He and family operated the Land Run Ostrich Ranch, in Guthrie, Okla. before moving to Wagoner, and was intensively involved in the Ostrich Industry for over ten years through his “Center For Ratite Resources”; providing clinical care and conducting seminars/wet labs throughout the US, and in England, Europe, Canada, Mexico, China and Brazil, as well as “Seminar-At-Sea” Cruises across the Caribbean. In this arena he has served as consultant for various European Insurance Underwriters and as an expert witness/consultant for US legal firms.

In 1995 he accompanied a 747 charter flight of ostriches, eggs, equipment and feed into rural Hainan Province, China, and lived there in a communist era, cooperative farm village, while establishing an operational ostrich production farm. During 2 trips to Brazil in 1998, he established production procedures for Capin Fino Farms and developed an Ostrich Production Text and presented a 6-hour seminar on CD at Brazil’s first national conference in Sao Paulo.

He is also clinical veterinarian for Wild Bill’s Exotic Sanctuary, PetCo/Muskogee, and serves as the Veterinarian for Region IV of the Oklahoma Office of Homeland Security.
Dr. Peters stays busy with family activities, and enjoys fishing and boating. 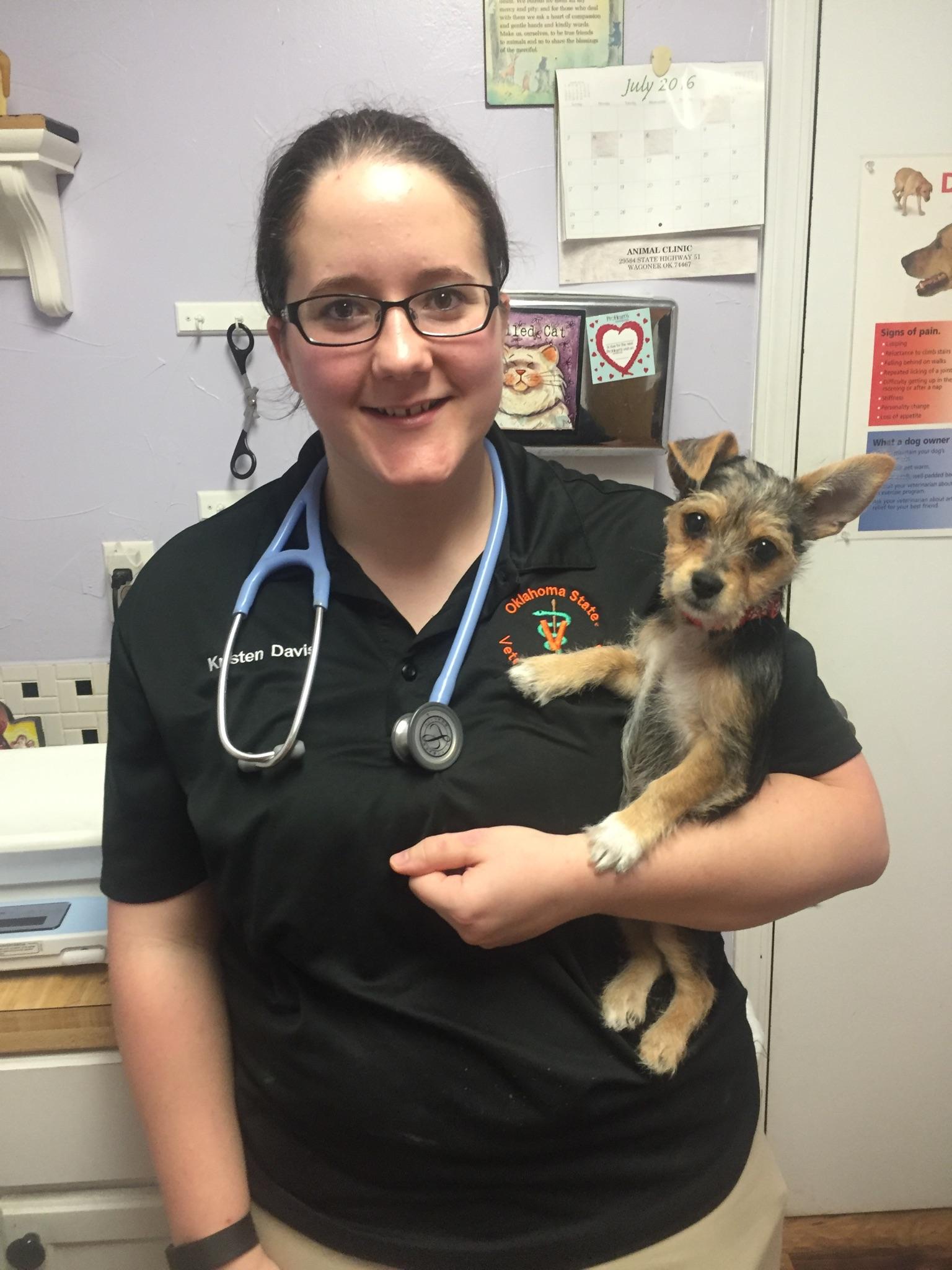 Dr. Davis is a 2016 graduate of OSU College of Veterinary Medicine. She grew up in the Mayes County area and graduated from Chouteau High School. Dr. Davis attended Northeastern Oklahoma A&M College in Miami, OK and OSU before starting Vet School. She enjoys spending time with family, reading, crocheting and is a huge fan of OSU football. Go Pokes! 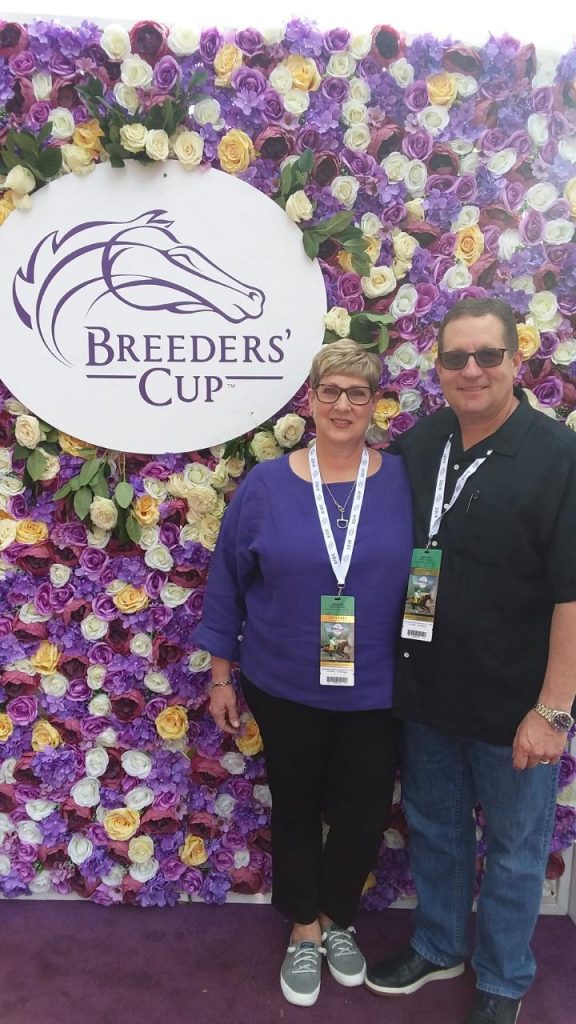 Dr. Karn grew up in Catoosa, Ok and says all of her childhood memories include a dog, cat or horse. She is a 2000 graduate of OSU School of Veterinary Medicine. She and her husband Kip of 33 years have lived in Wagoner since 2004 with their herd of cats, dogs, horses and a guard burro. Dr. Karn is an avid horse racing fan and enjoys traveling to racetracks across the nation.